Pickleball is a racket sport that combines elements of tennis, padel, badminton and ping-pong. It is really easy to learn, very fun to play and adaptable to all types of players regardless of age, gender, skills or physical condition.

This sport was born in 1965 in Seattle, United States, and is considered the fastest growing sport in the North American country with more than 5 million players. Currently, pickleball is played in 66 countries around the world and it is a serious candidate to become an Olympic sport in the next few years.

The equipment you need is quite simple and, unlike other racquet sports, the playing court does not require a large investment and can be used, initially, multi-sport courts of schools and universities.

The members of GM Racket Sports are ambassadors of the sport in Barcelona and surroundings, in addition to being certified as monitors of this sport by the Spanish Pickleball Association (AEPb).

Don’t get left behind and get on the new wave of pickleball! 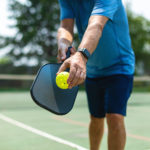 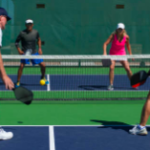 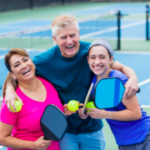